Voodoo City was inspired by two black cider bottles found lying in a road aligned in such a way as to suggest they were not litter but a hex.

Working through familiar strategies of reading general Birmingham madness as evidence of shamanistic practice, we came to a show which is about, amongst other things, trying to change the world through private acts of magic.

The show starts with a long poem written as a spell. It then crashes into an unchoreographed dance.

From there to: an act of possession, image making, domestic magic, slapstick, more dancing and the building of a model city.

Throughout theatre is envoked as magic and revealed astrickery. No attempt is made to blend sections together, sequences are butted up against each other as different approaches to the same set of ideas.

The setting is possibly a roof top and images of falling proliferate. The piece is haunted by a newspaper article about a young mother who jumped from a tower block holding her baby to her chest. The performance is watched over by an old style crooner on a TV monitor who, before he eventually dies, rallies for a final plaintive song.

Approaching the making of Voodoo City it felt like time to be loved or hated. This show was intended to mark a new, bolder Stan’s Cafe. Though intensely difficult and unpleasant to make it achieved it’s aim and feels like our final word on shows structured around sections directly traceable to rehearsal room improvisations.

This show marked the start of along absence for founder member Graeme Rose who has subsequently made a triumphal return in Lurid and Insane. With both his singing and composing careers taking off, it was also the last piece for which Richard Chew composed the soundtrack. Comissioned by MAC New Works Trust, Voodoo City opened the venue’s Moving Parts season before touring nationally.

We’re playing and crossing six lanes of traffic with our eyes closed. 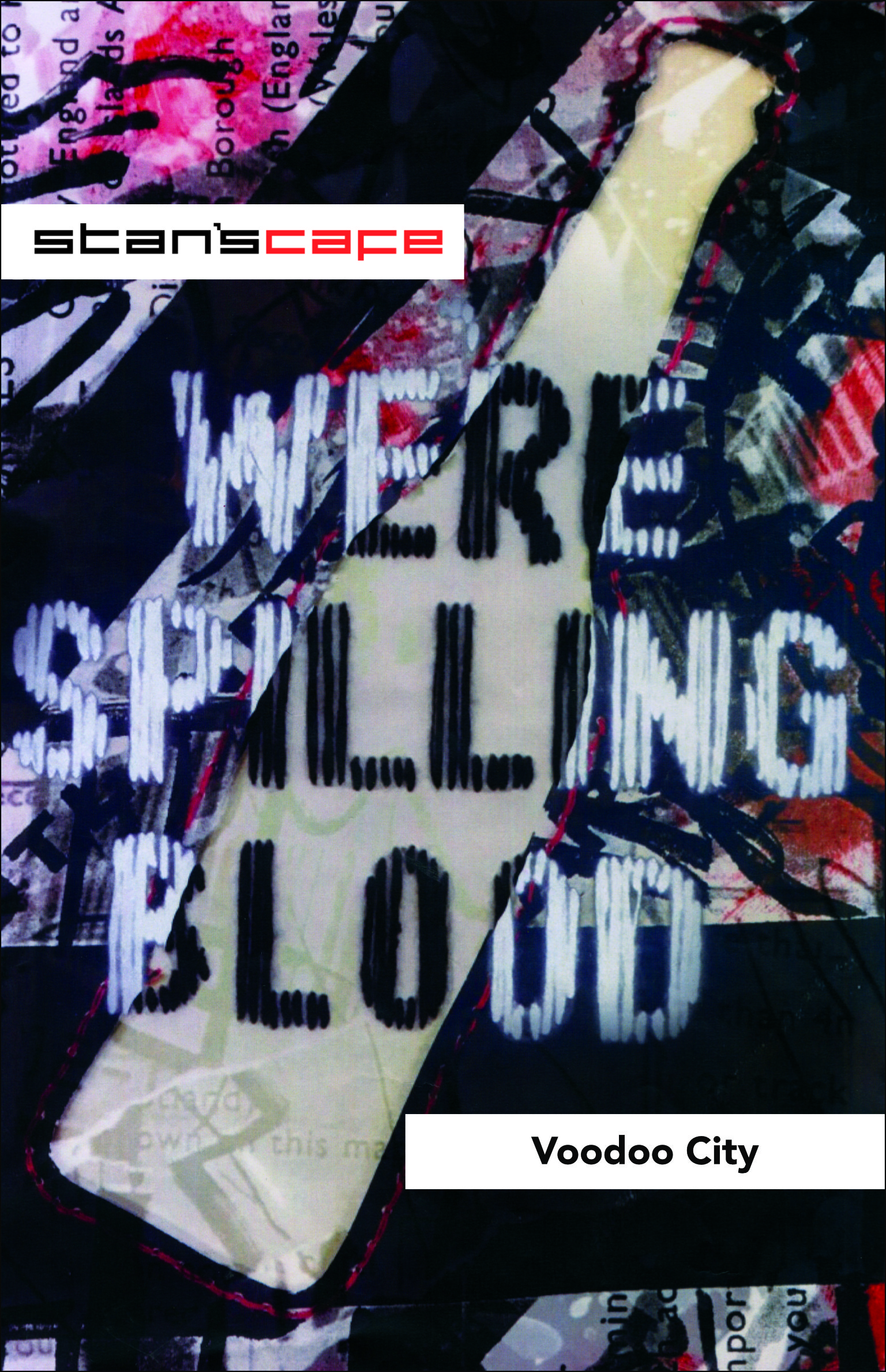