As a 19 year old I stood long evenings on the Carlisle Bridge, gazing down at The Lune, trains rumbling behind, the future imminent ahead. Now, more than 30 years into that future I’m looping back to The Lune, it is the subject of our new show.

We got hooked on rivers a couple of years ago. A big installation was being plotted with a HUGE American arts centre when everything in the world got cancelled. From the wreckage of those plans we plucked this idea – theatrical tours of fabric ribbon maps representing great rivers of the world.

With little else to do for months we started reading about rivers. Craig took The Thames and I advanced on The Volga. We read about history, politics, wars, nature, cities, engineering, hydrology, sport, myths and art. Humans are drawn to rivers and so the tales flow from there.

Laboriously, using satellite imagery and a length of string, we measured both rivers and plotted where all their bridges and dams were, along with major confluences and settlements. We commissioned a local textile artist to make us maps of each river at a 1:200,000 (1cm = 2 km) scale. We hooked up with a community group in a local park and performed our illustrated talks for them, their friends and passers-by last September.

Audience enthusiasm that afternoon inspired us to pursue the idea of a library full of river maps, which tours the world gaining a new river at every stop. It was clear each new map should be made and its tour written by artists linked to that river. No sooner had this notion been articulated than Lancaster Arts were calling us and The Lune was confirmed as the third river in our collection.

Everything is working out exactly as we had hoped it might. Sewing Café Lancaster have worked collectively with great skill, good humour and love fashioning two beautiful maps for the show; one is 43cm long, made strictly to scale to sit beside The Volga (14m long) and The Thames (1.7m) on the banks of the real live Lune. The other map is ten times bigger, magnificent and finely detailed. This is for Orla Cottingham to use in her performance.

Orla is currently down from Morecambe rehearsing with us in our Birmingham HQ, committing Claire Dean’s beautiful, inventive and witty script to memory. For years Clare lived beside the Lune in Lancaster, watching it rise and fall with the tide, so she started her research already immersed in its ways, she has captured and condensed so many of its stories and so much of its nature, I can’t imagine anyone not getting swept away by it.

Next week Orla will team up with Craig and compare performance notes as he brushes up his rendition of The Thames. Then we will all three jump on a train for a couple of days Lune-side, by the skate park preparing for you all. It should be fun. Three great rivers to explore on one fine day.

This essay was originally written for and published by Lancaster Arts as a blog post. Other related posts were:

Writing A River – By Claire Dean in which she describes her process writing the script.
and
Sewing it all together – which is an interview with Sewing Cafe Lancaster about their work and this project. 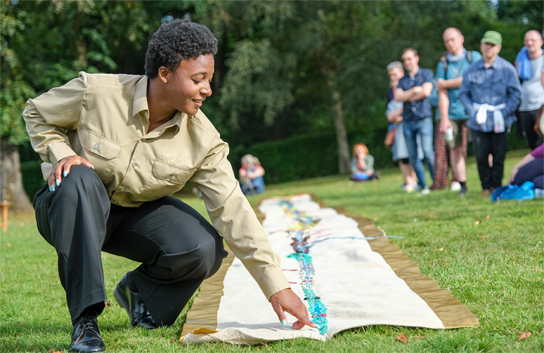 A tick by The Lune 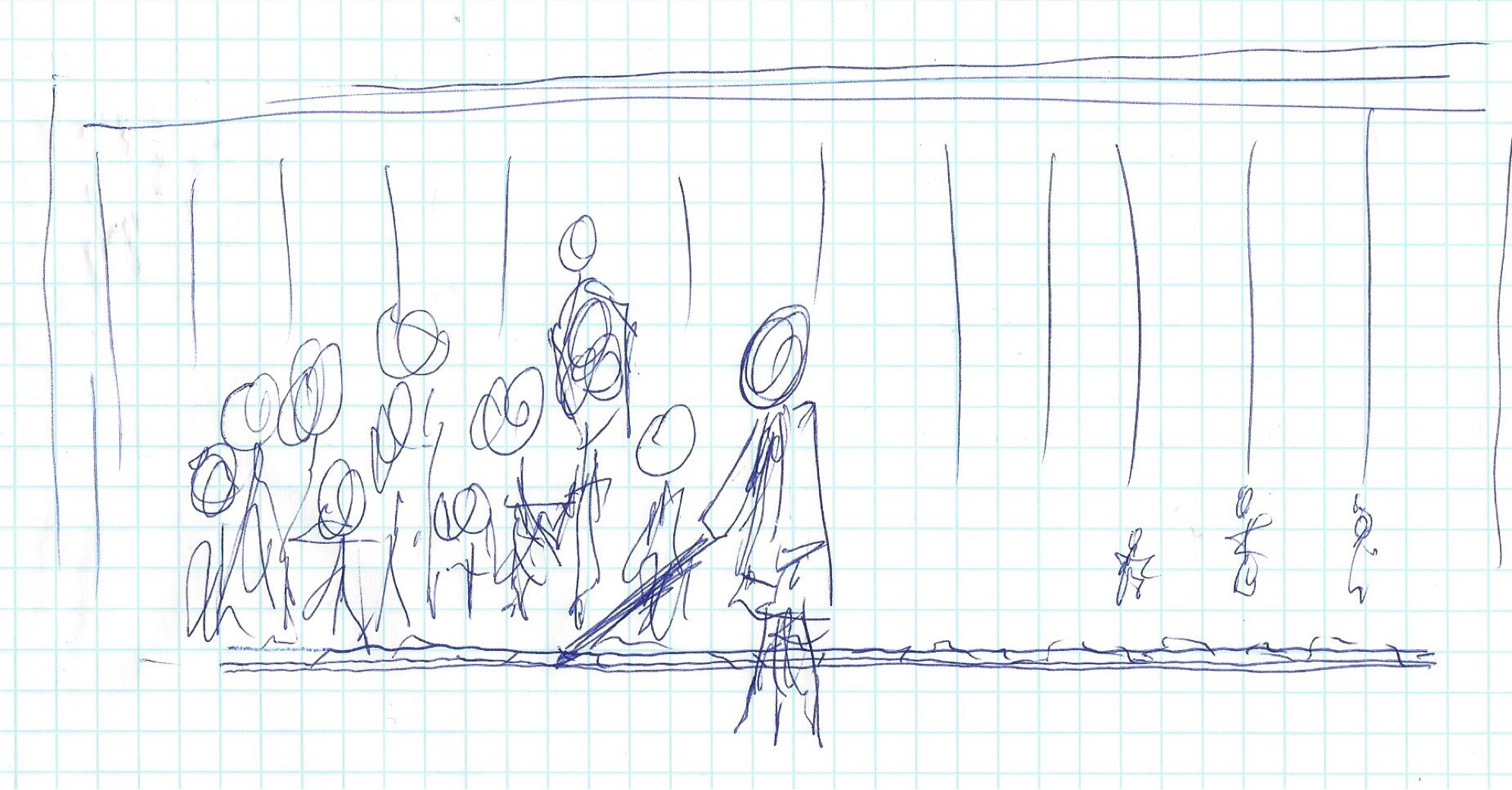