Composition as a workplace intervention: Adding value to Stan’s Cafe

So now seems a good time to share a little about the relationships Stan’s Cafe has with composers. ‘Adding value’ doesn’t mean replacing existing relationships but opening up more possibilities. This PhD won’t deprive existing composers of work – hopefully it will point to more ways in which composers can be employed in the future.

We always make original work and we work in a range of different forms with collaborators from a range of practices. Music plays a prominent part in much of our work, so we often work with composers. Within this essay the term ‘composer’ refers broadly to a musician originating music, whether they write this down in the form of a score or not.

Composers and Show Soundtracks:
We’ve only made two shows in which only pre-existing music has been used. In The Cardinals the cast are seen on stage crashing cassette tapes into an old tape machine, with a microphone rammed up against its speaker. They’re playing beautiful sacred music through a lo-fi system, starting and stopping it abruptly, rewinding and fast-forwarding it to make it fit the action on their puppet theatre stage. By contrast Tuning Out With Radio Z is set in a radio station and streamed on-line. For three hours performers mix an improvised playlist from their iTunes library and improvise a show around this.

Elsewhere one of the great joys of being in a theatre company is to have talented composers make great music for your shows. As we’re not purists of naturalism we love a full-on soundtrack, we’re not talking incidental music here.

Well, occasionally we are talking incidental music. We commissioned the great Brian Duffy to create the soundtrack for Good and True before realising the show needed to be 100% speaking with no distractions – so Brian made us a lovely few moments of music for the start and for the end.

In the early years speech and music danced around each other a bit in Stan’s Cafe. The great, classically trained Richard Chew was our first composer collaborator. Like most composers he would duck in and out of the rehearsal room, writing material for specific sections and returning so see what had changed. We tended to like the sound loud as we could with the actors voices still heard, so the sound operator would often ride the fader in order to strike the right balance.

By 1996 radio microphones were affordable for the likes of us and so for that year’s production Ocean Of Storms, we recruited the self-taught Nina West to create a continuous sonic world within which the actors voices could sit while orbiting the earth. Twenty years later we used a similar device to transport the actors voice into the cinematic world of A Translation Of Shadows.

Nina has worked for us a lot over the years and has been able to truly let rip on just three occasions. The Cleansing Of Constance Brown, Twilightofthefreakingods and The Capital are all shows with no words just music and action. By contrast her hour of fake commercial radio burbles away in the background of Made Up almost unnoticed.

We’re non-prescriptive with our composers, we mostly just let them do their thing without placing particular demands on them. Occasionally they’ll hear music we’re rehearsing to and respond to that. They are often in on discussions about ideas and atmospheres and themes, but they are given lots of space to do their thing, after all we bring them in to do their thing.

Music On Stage
Occasionally we have music performed on stage. For Lurid and Insane we formed a band that wrote a full set of songs under the musical direction of Brian Duffy – with Nina West on guitar.

Luke Deane and Christine Cornwell composed songs with students at Billesley Primary School for Any Fool Can Start A War telling the story of the Cuban Missile Crisis. They also regularly improvise live accompaniment for our annual Shakespeare production with Saltley Academy.

Back in the early days Richard performed played piano live on stage in Memoires Of An Amnesiac, inspired by the life and music of Erik Satie. He also sang with a soprano and Blues harmonica player in Moseley Road Swimming Baths in the original version of Canute The King.

We have collaborated three times with Michael Wolters – who is to supervise the PhD we are advertising. In I See With My Eyes Closed Michael composed a piece for Birmingham Contemporary Music Group which was performed as a concert with the audience able to hear the thoughts initially of two audience members and ultimately all members of the ensemble as they played. Next we made a twelve minute long opera together called The Voyage for the 2012 Olympics. Most recently we have helped stage a small set of off-site solo performances Requiem – To Let in an empty shop unit.

On three occasions we have ‘animate’ concerts of Birmingham Contemporary Music Group. This has involved creating a theatrical setting to frame the players as they perform, helping young audiences to listen (Noise into Notes, Living Toys & Pathways and Places).

Music Elsewhere
Throughout all this we have worked on and off with composer and sound engineer Jon Ward. He was the first person to burn us a CD, the person who introduced us to digital editing, the person who helped Richard work a Jimi Hendrix sample into the Voodoo City soundtrack. He remains the only composer to create a soundtrack entirely in rehearsal room with us, feeding it into rehearsals as he wrote it. His six hour soundtrack for our installation performance Of All The People In All The World has been used for more than ten years – version for that show in Stuttgart was remixed in real time automatically by changing data including barometric pressures around the world, the movement of stock markets.

It is with Jon that we made our CD of audio works Pieces For The Radio. Who knows what will come next.

Composer Influence
Sometimes composers influence us even when their music can’t be heard on stage. The phasing patters of Steve Reich inspired our show Simple Maths and continue to influence our thinking. Come Together was a performance of Primal Scream’s song of the same name without any of the music and the samples spoken live. Twilightofthefreakingods was Götterdämmerung with the plot and timings but none of the words or music.

Of course as suggested above we also use a lot of music in the rehearsal room to shape what we make even though it isn’t heard in the final piece.

We love our composers – even those we haven’t found space to mention here – and look forward to welcoming a new one to the team ‘in residence’ 2021 – 2025.

Be Proud Of Me 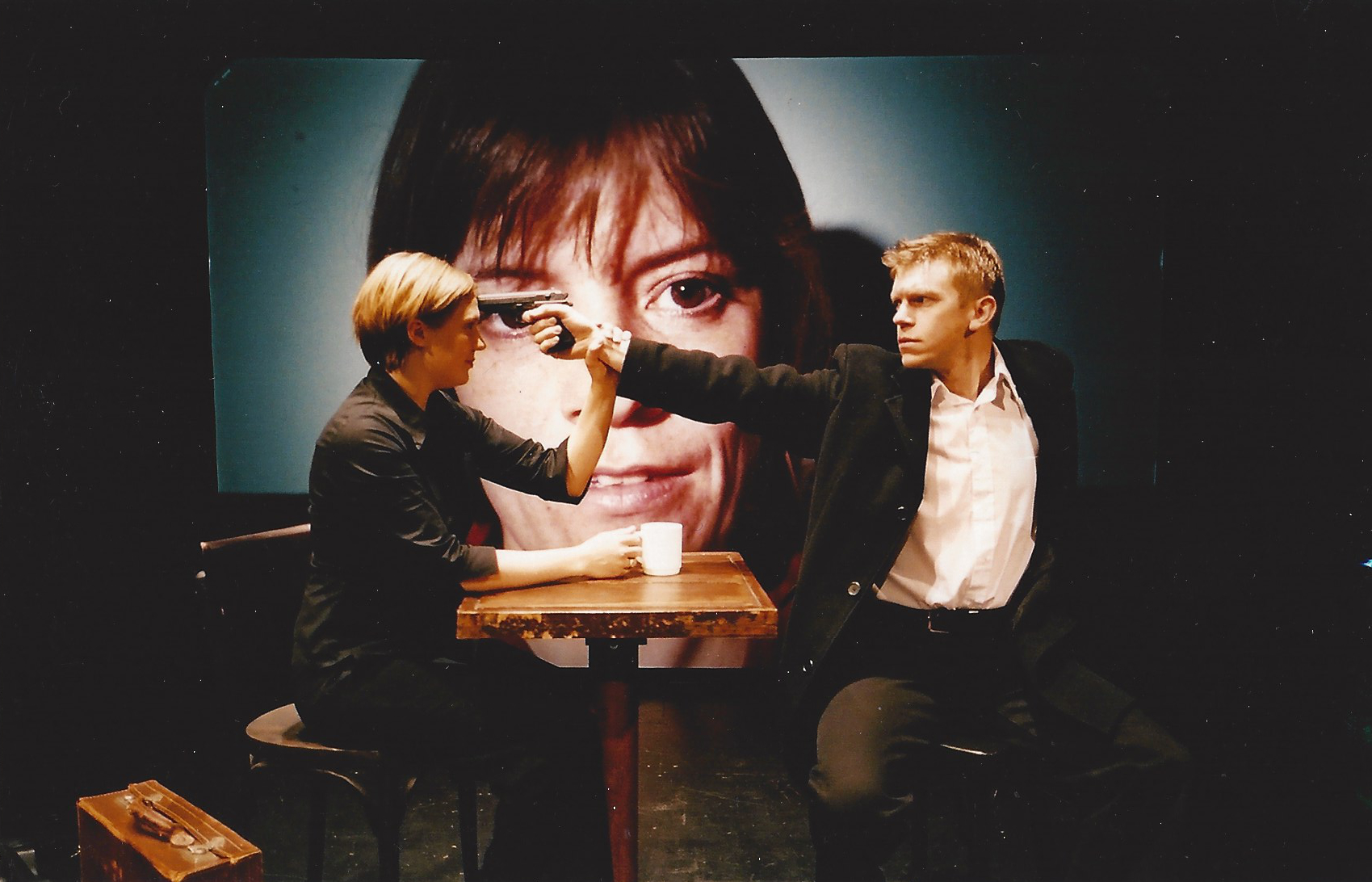