The halogens blazed. The 8 metre square steel door was hauled open by the ‘bouncers’ wearing t-shirts emblazoned with my Che Guevara style profile. My long hair blew in the wind, creating the impression that I’d just dismounted my helicopter.

This was it. The opening night of Lurid and Insane in a giant steel barn in the middle of nowhere. The heart was pounding. The mind was clear and bright. The smile was – ultra sincere. The band had been warming-up the crowd who’d been whipped into a near-frenzy by Amandas’ cool and ecstatic stirrings. I entered the arena in the centre of a giant roving spotlight, ready to meet my first ‘party member’. The idea was that the audience for the ‘show’ were the real audience for my (the Presidents) inauguration party . As I approached my first ‘fan’ to shake his hand, he – hugged me. Yes, he hugged me. Things couldn’t have got off to a better start. It was probably one of the most challenging entrances of my life and this guy had just made it – perfect. I strode confidently and assuredly through the crowd, smiling and shaking hands, adrenaline fuelled by the crowds’ reception and the loud rock-inspired fanfare being cannoned out by the band. This wasn’t far from Elvis entering a Vegas arena to the strains of ‘Fanfare for the Common Man’.

Up on stage, I greeted the band one by one. The band were my ‘cabinet’ made up of sycophants who (as their ‘testimonies’ would later reveal) had nowhere else to go. On drums was Simon, the millionaire playboy who’d given me all his cash; on bass was Claude, the Austro/German traveller who’d hitched a ride in my Limo on the road to Mold; on violin was Amanda, the high flying business exec who’d been drinking herself towards oblivion until I’d ‘saved’ her; on green rock guitar was Nina, the dread headed maracas shaker, who (in order to get into the band and with no previous ‘axe’ experience) had learned how to play electrifying guitar riffs in only three days; on keyboards was Craig, the man who’d lived in a state of high anxiety, trepidation and fear until the day I’d turned him around (he also doubled as a roadie).

I stepped up to the mike, surveying the audience as I’d seen Mark E Smith do to a crowd of 2 000 at the London Forum on the night Germany beat England in 1996. I looked into the blackness. I looked into the light. I looked into – potential. The audience hung onto my every word as the ridiculously heightened opening speech describing my ascent to presidency flowed from my lips. And then, they moved in unison to the mighty opening anthem, chanting ‘Welcome!’.

We hit the peak and changed gear instantly into the opening refrains of the fast and bluesy ‘Party Song’. The crowd jumped and grinned and jeered and leered-up at their new found idol for the night. Was this me? Was this Andy who’d gone into a kind of semi-retirement from performance? Was this Andy, who’d turned to Buddhism and found refuge in a life of renunciation and meditation? Was this Andy, who’d become quiet and restrained and preferred to draw circles in pencil than to get up on stage and energise? I sang my heart out and pushed the song to its’ limits.

We fired through the show, from the James Brown inspired ‘Work,Love,Groove’ manifesto thang (a chance to re visit some of my disco-punk-rock-n-roll steps), through the bands’ testimonies (designed to get Heather our ‘planted’ audience member up on stage to ‘testify’) into the fake hypnotism of the band, culminating in the ultra-sincere solo acoustic song ironically titled ‘My Way’, which climaxed into the President being ‘shot’ by an assassin in the audience and being dragged offstage.

The audience are led to believe that the President is fighting for his life. The band do everything they can to entice the crowd to help to ‘bring him back’. They set-up a fake telethon type event, in which trash gifts are passed from the back of the space, through the audience and onto the stage. The gifts come from Elton John, Bill Gates, Madonna, Phil Collins and Brian May along with presents, e-mails and text messages from ‘party’ members and international celebrities and politicians – including Nelson Mandella and Stephen & Pamela from Norwich.

Backstage, I remove the deep purple two tone satin suit and – quietly and carefully – put on each item of my pre-ceremonial outfit: the neatly pressed black military pants, the illuminated cummerbund, the scarlet military jacket festooned with LED’s. I slick back my hair. And wait. How many times had I stood backstage waiting to go on? I try to stand still, intensely psyching myself up, silent and focused as the band members race around me, grabbing props and bumping into each other – a performance in itself, exposing the on/off stage instant persona flip. Beyond the curtain – noise, excitement and fluffy toys flow.

The crowd hits its’ frenzy-peak, demanding that the band ‘BRING HIM BACK’. The atmosphere lulls. The lights dim, the crystal ball swirls and the President re-enters to croon the soft refrains of the strangely melancholic and surreal Jack Jones Vegas number ‘I Had a Dream’. The red LCDs flash on the military jacket. The gold-braid glistens. Smoke gathers. The audience and I are one.

The keyboard loops a soft loop, the trailing sparkling purple robe is fastened around my epilleted shoulders and raised to the height of the lighting grid, filling the full width and height of the stage. This creates a dazzlingly stylish backdrop to the Presidents’ self-crowning ceremony (and conveniently hides the stage for a scene change). I give my inaugural speech – a chopped up mess of invented words- and crown myself King with the biggest LCD encrusted crown you’ve ever seen. I’m so immersed in the moment, I forget what I’m supposed to do next, until my new wife (our ‘planted’ audience member Heather) joins me on stage. I offer her a loaded pistol and force her to shoot me as an act of devotion and faith. She is terrified, but obeys my command. I catch the bullet, smile manically at the audience and commence my journey into overdrive.

The band kicks-off, building a wall of sound like Sonic Youth embracing Slade. The new King spits out his self-invented manifesto as he breaks beyond megalomania into a shaking, gibbering tirade of memory cut-up and fantastic delusional edit. I’m suddenly aware that I’m going too far and might not come back. The Ian Curtis style static-bop becomes a psycho-physical embodiment of the Mark E Smith/ Henry Irving venom/ham expulsion and – I’m ok. The King takes the hand of His Queen, struts the Mick Jagger stage-strut down into His crowd – and exits. With a mighty bow!

PS -He was last seen by the crew wandering through the blackness t’ord a freezing shed-cum-dressing room by a boggy marsh. 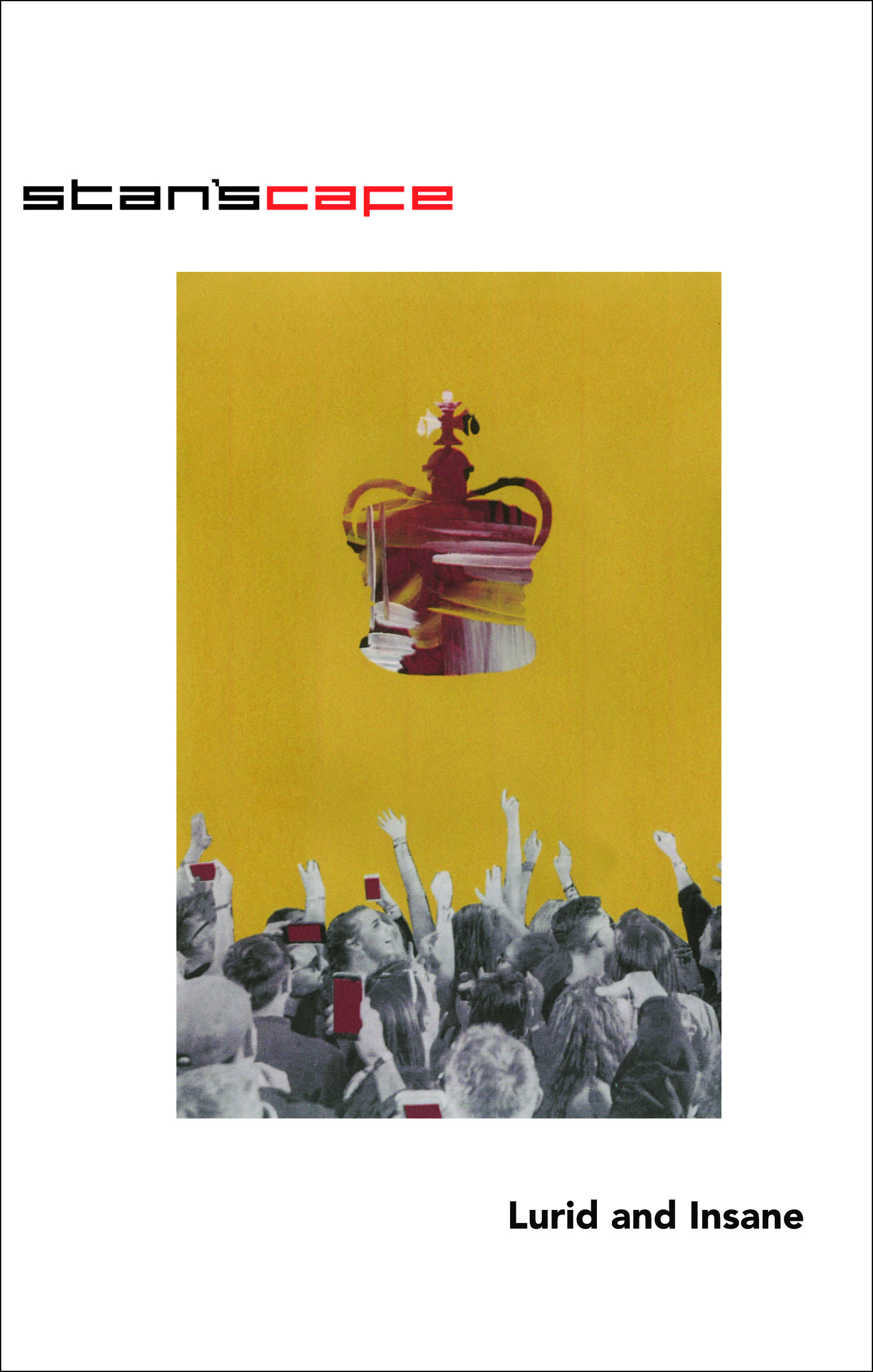