Impressed by their taste of A City Adventure the Combined Arts Officers of ArtsCouncil England commissioned a training day for their professional developmentin the Oxfordshire countryside during July 2004.

We heard their plans to meet the night before and eat in a local restaurant and persuaded them to let us start A Country Adventure early, in the altogether more intimate and memorable setting of a replica Iron Age Roundhouse.

We staged the meal and prepared the starters (salads presented as a models of theterritory they would walk the next day).

The next day participants returned to the roundhouse to collect their plates andwash them in the Thames. Through the morning they navigated the Little WittinghamNature Reserve in pairs undertaking creative tasks and drawing up a fictional mapof their adventure.

In the afternoon we facilitated discussion by having the participants paint thesemaps onto the plates they ate off the night before and washed that morning. 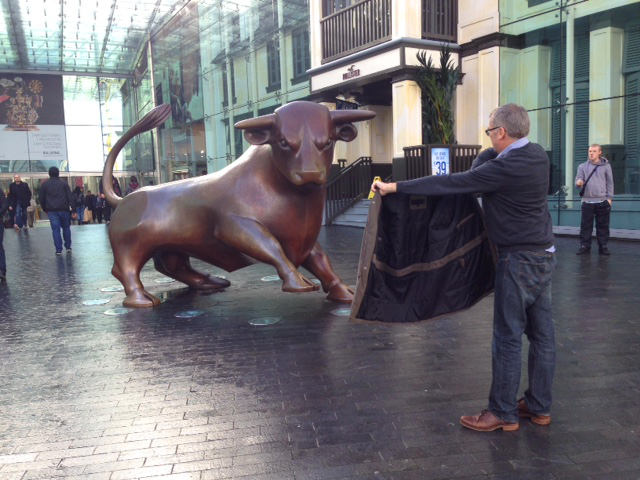