Adult Child / Dead Child tells the story of a young woman’s fight with mental illness. In a cyclical, often incantatory manner she describes her isolation and her battles with those close to her, including Benji, her imaginary friend. This version, devised with the highly talented aged between thirteen and nineteen, is set in the instant before a school photograph is taken. The photographic pose is held, almost unbroken, for the seventy minutes of the show. A severly limited number of iconic props are used. There is barely any ‘acting out’ of incidents. Instead emphasis is placed on the choral distribution of text. Tension is cranked up through extreme restraint until the inevitable fight, which is again barely ‘acted out’ (this time it ‘is’). The production received an astonishing series of reviews, both in Birmingham and later at the Edinburgh Festival Fringe, where it played for a fortnight.

Shortly after No Walls, Just Doors was made with Stage 2 James was commissioned by the same company to adapt Claire Dowie’s monologue “Adult Child / Dead Child” for a cast of 16 young people.

If our revival of The Carrier Frequency provoked intriguing questions about ownership and restaging in the field of devised theatre, Adult Child / Dead Child, whose rehearsals overlapped those of The Carrier Frequency, did the same for the more conventional canon. Though little original text was written in the adaptation process and few lines were changed, the radical fragmentation and distribution of the text amongst fifteen performers was seen my many as a reinvention of this popular piece.

If you are looking for the official text, it is published by Methuen as part of the Claire Dowie collection ‘Why Is John Lennon Wearing A Dress and other stand up theatre’. If you are after our version then you’ll need to buy the official version and then get your scissors out.

Adapted and performed by

This adaptation was part funded by The Horton Trust and a Stagewrite Award through West Midlands Arts.

Thanks to MAC, Birmingham. 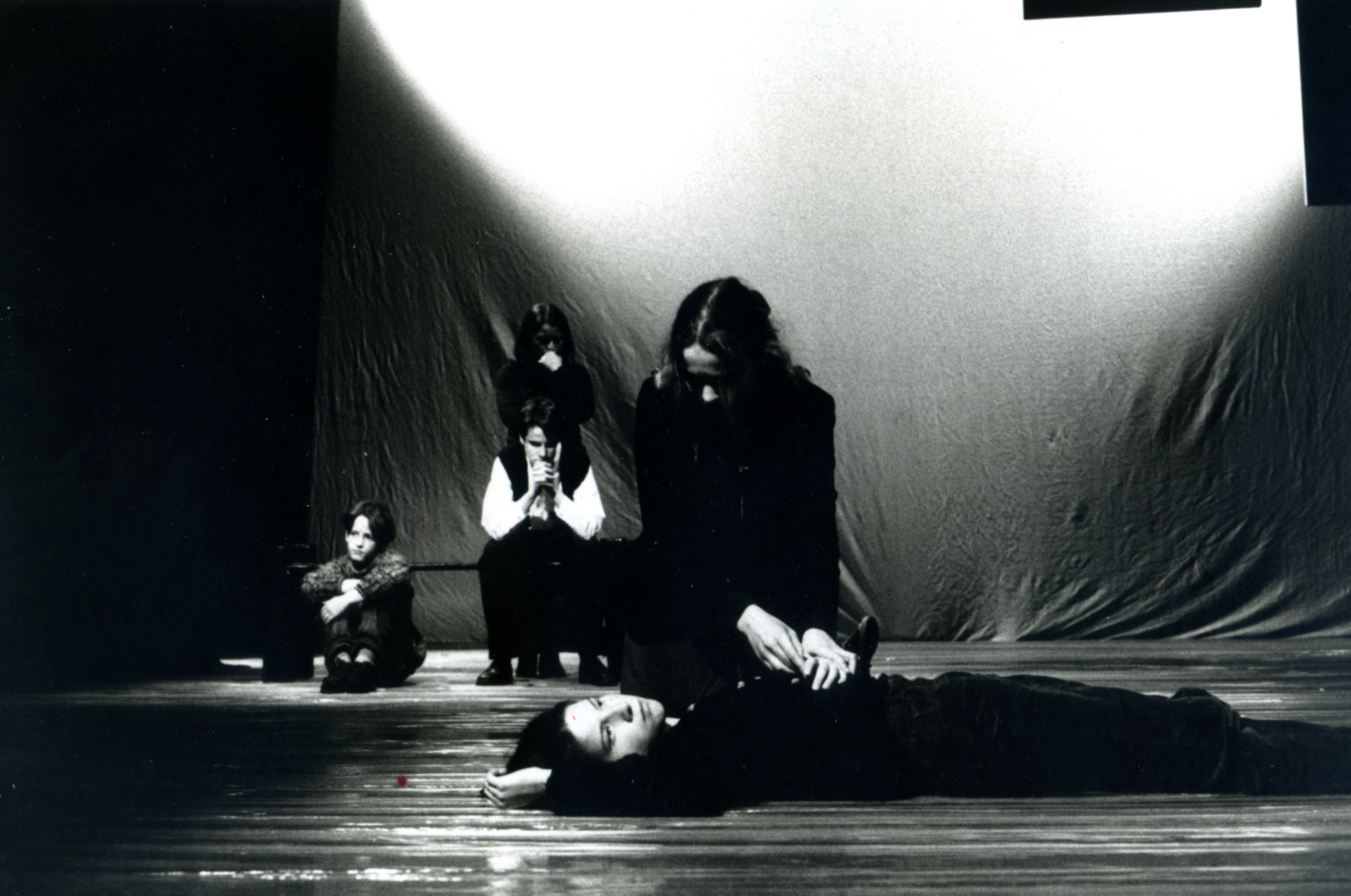