Devised with almost forty members of Stage 2 youth theatre, aged between 10 and 20, No Walls, Just Doors was an attempt to subvert prejudices about theatre made by young people.

Revelling in the number of bodies available on stage, for an hour the show wordlessly passed performers across stage; built and broke tableaux performer by performer; framed and reframed a single figure with different contexts; represented actions in a series of stills and split their directions; obsessively replaced figures in group photographs.

The simplicity of the show, the clarity of it’s vision, the concentration and subtlety of the performances and Brian Duffy’s excellent soundtrack made it extremely popular with audiences and a pleasure to work on.

Powerful Sound Of Silence At first it seemed strange to be watching a wordless play where the cast just moved on and off the stage continuously – running, walking, and strolling. But then a fascinating picture emerged of lives passing and crossing, and of the many individual struggles. Scenes were played out within the movement. A woman knelt on the floor distraught, and a spilt vase was placed before her. The vase was replaced with a woman lying on the floor, presumed dead. The kneeling woman was then given a knife to grip as she stared trance-like at the woman lying before her. The result was an hour-long original play by a cast of 10 to 20 year-olds that was thought-provoking, moving and sometimes funny.

(from original programme)
“The people who cross and recross the stage in ‘No Walls, Just Doors’ are strangers to me. They are the people who have made the show, they are the subjects of the show and they are the fictional creations of the show. As for the characters who are frozen on the stage, I know as little of them as I do the futures of those who play them.”

“I hope, like me, you are seduced by the sliding inscrutability of what is on offer, the constantly shifting possibilities, fragments of stories trailing off into an uncertain…” 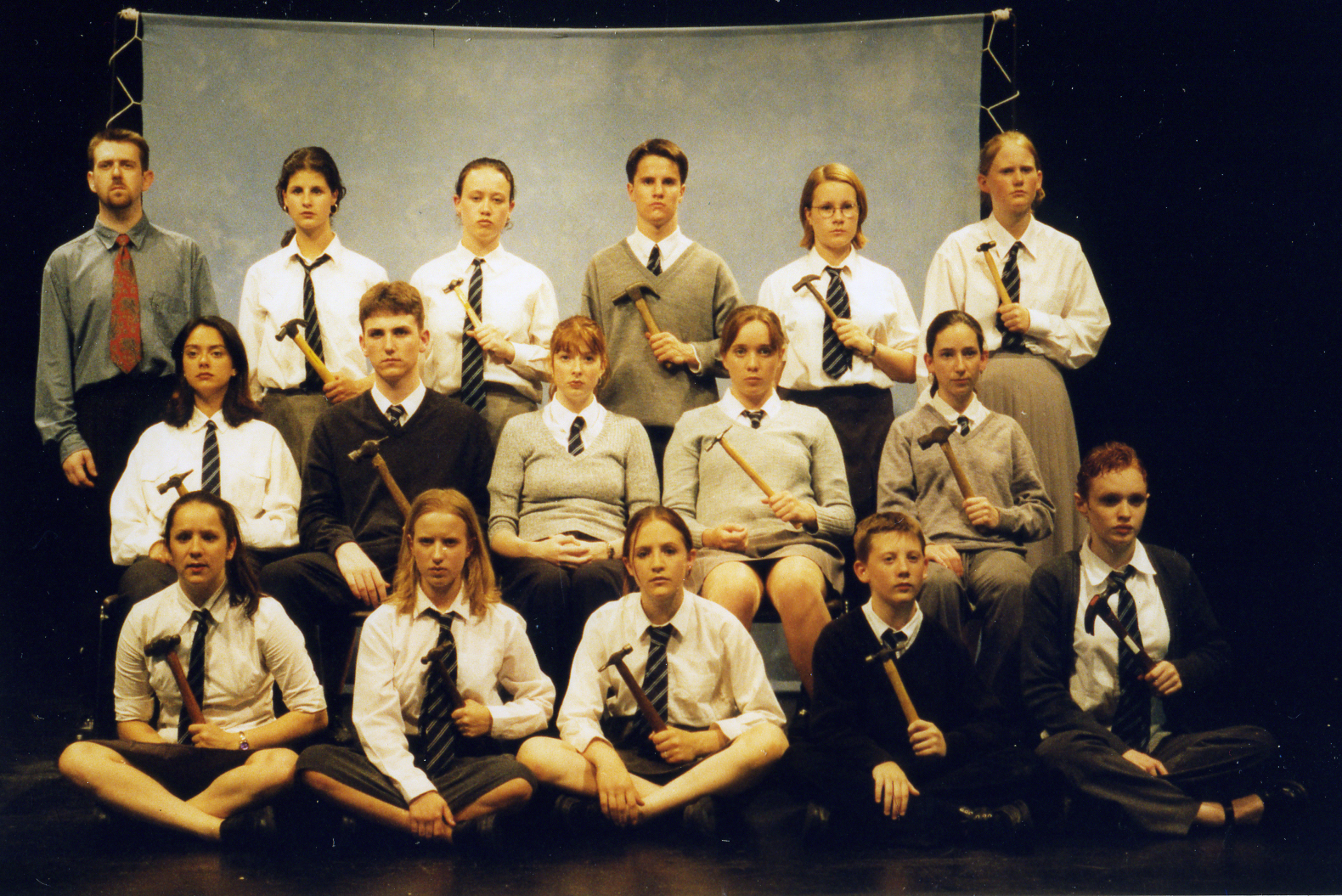