Following the success of our ‘animation’ of Birmingham Contemporary Music Group‘s family concert Noise into Notes the following year we were invited to work on their next family concert Living Toys. The programme comprised.

“Game 1” and “Game 2” by Richard Baker and Brian Duffy.
Performed by BCMG and the Modified Toy Orchestra.
To Compose Without the Least Knowledge of Music by Colin Matthews.
Verdreht a new commission from Arne Gieshoff.
Living Toys by Thomas Adès.
Crank by Richard Baker.

The theme of the concert was toys and game playing. Our challengewas to help the audience enjoy the concert more than they would if it were just the music. Our solution was toplaster a meta-narrative over the concert, pretending the concert was being filmed by a semi-competent film crew and hosted by Ally Gretto andBarry Tone. This allowed us to introduce the pieces, engage with the audience, perform a mini-puppet show and show close-ups ofthe players. 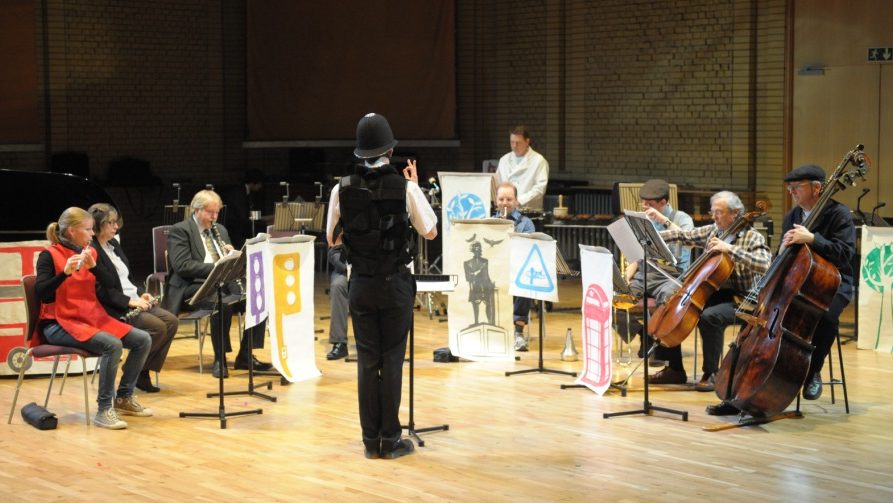 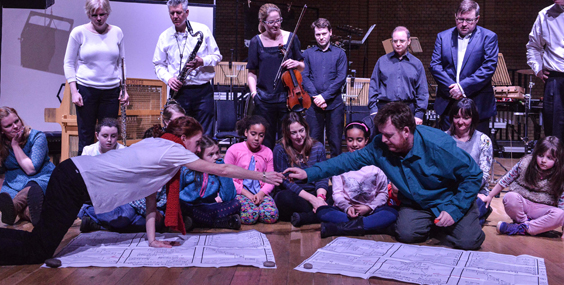