Graeme Rose and Richard Chew had long talked about making a show together about the French composer Erik Satie and the formation of Stan’s Cafe provided the ideal context to realise this ambition. Theresult was Memoirs of an Amnesiac, a piece which, as with the following year’s Canute The King, used biographical detail as an excuse for pursuing a variety of ideas, mostly orientated around identity.

In Memoirs of an Amnesiac, Eric Smith curates a fictitious Satie museum in his spartan bedsit.

He shows fraudulant Super 8 film of his hero and practices interview questions as the long dead eccentric.

As Eric gets more obsessed with Erik, his behaviour becomes increasingly erratic until he takes on an obsession he believes Satie had with Socrates. The piece ends with Smith enacting a particularly poor translation of Plato’s version of Socrates’ death.

Throughout, the piece mixes live performances of Satie’s piano music with Richard’s own compositions worked from Satie motifs. It mixes prosaic live text with more poetic texts, often woven into Richard’smusic. The result was a rich, absurd but ultimately bleak vision of a quasi-fictional life/lives: Satie’s,Smith’s, ours. 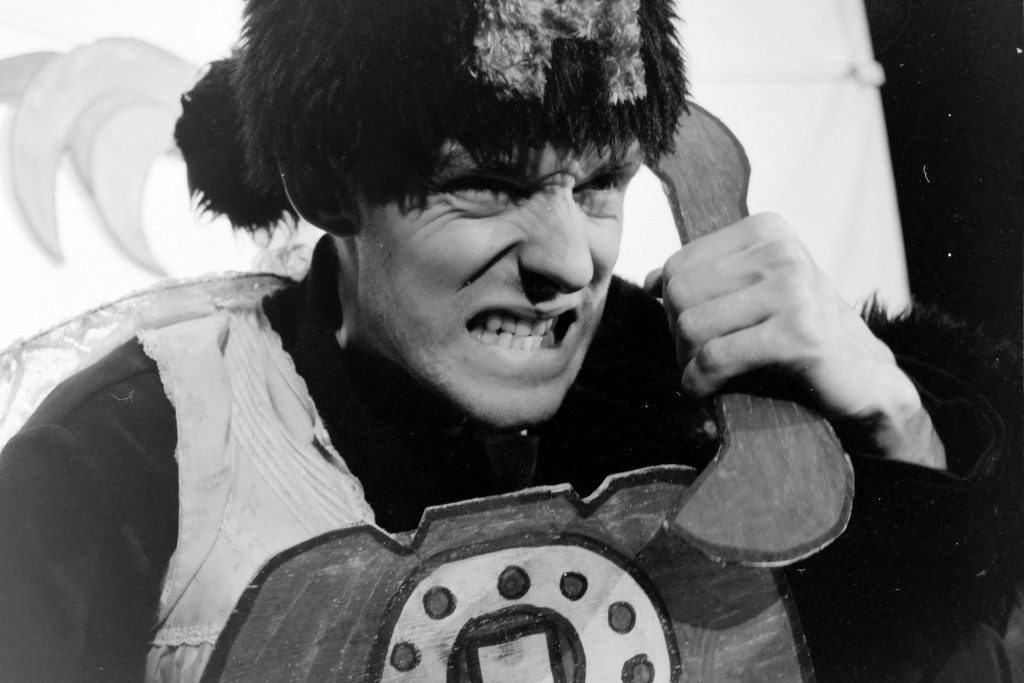