The Commentators say it as they see it – all the world as sport.

Once stalwarts of the radio, whose voices brought major sporting events into the nation’s living rooms, now The Commentators have fallen from favour. Now they eke out a living wherever they can find work. They bring to their marathon commentaries of everyday life the same unquenchable enthusiasm they once applied to the greatest sporting contests.

The Commentators are a spin-off from a legendary 24 Hour Scalextric event staged in 2009. Commentaries are usually audible both live and online, they provide an alternative vision of the world we live in. It is professional people watching, it is CCTV for the radio, it is a public service – of sorts.

They have been booked to commentate on festivals, openings, the World Gurning Championship, 12 hours in the life of Broad Street, a primary school sports day and Birmingham Royal Ballet’s Nutcracker.

First red hat of the day here at the Birmingham library”. I can’t seem to turn off this commentary from @stanscafe

The Commentators Call: BE Festival Awards

The Commentators Call: Birmingham Young Professional of the Year Awards

The Commentators Call: A Crowd Watching Brazil vs Portugal

The Commentators Call: The Library Of Birmingham Opening

Craig Stephens & James Yarker
Technical and other genius Jon Ward. Thanks to Canstream

You can take 10 books out at a time, so I’d say go for it, take a chance”. @stanscafe live commentary on Birmingham library. Compulsive.

Craig Stephens & Graeme Rose
Commissioned by Under The Radar

I was in the library on several different occasions over the first three days and found the Commentators incredibly irritating and tedious. They clearly thought that they were being very clever but their banal comments just droned on. I felt really sorry for the people who had to work near them – at least I could escape to upper floors. 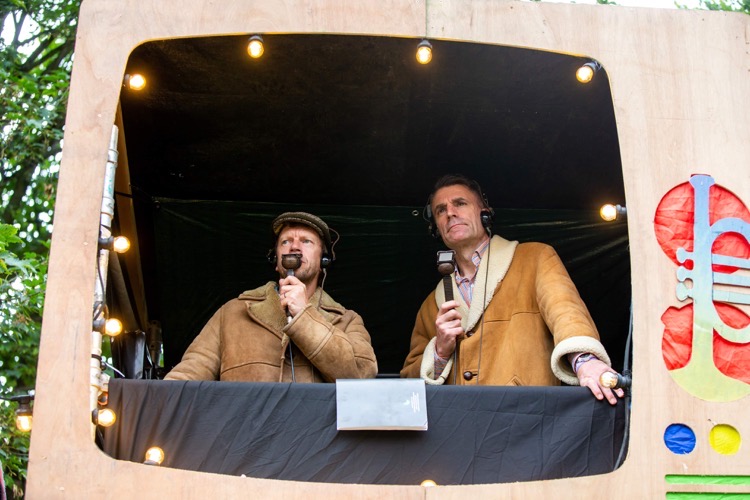 Stan’s Cafe on The Commentators 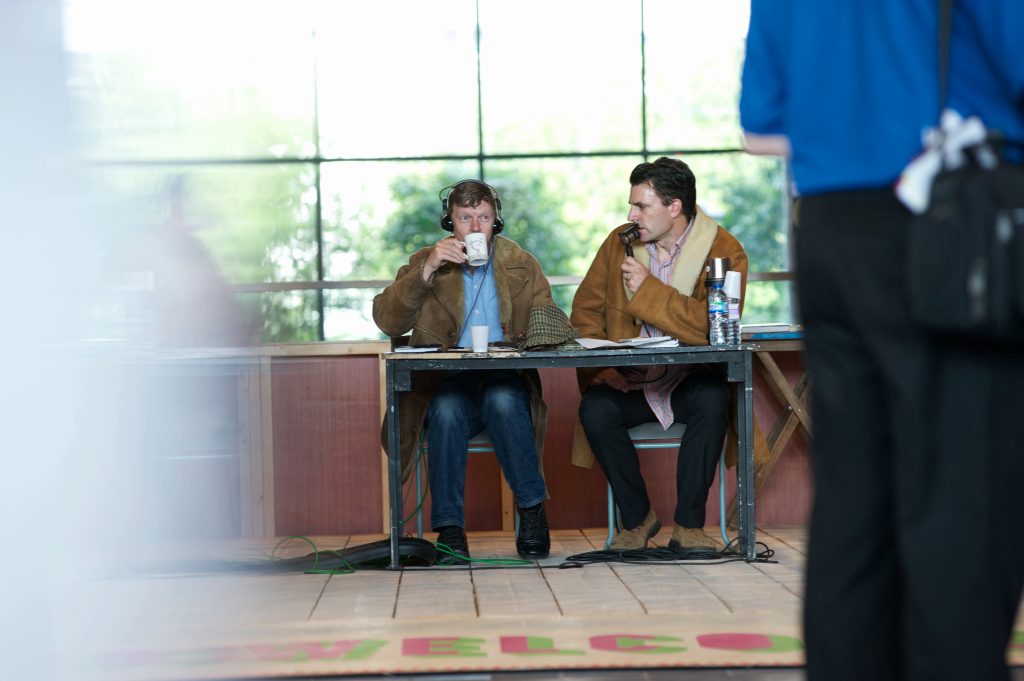