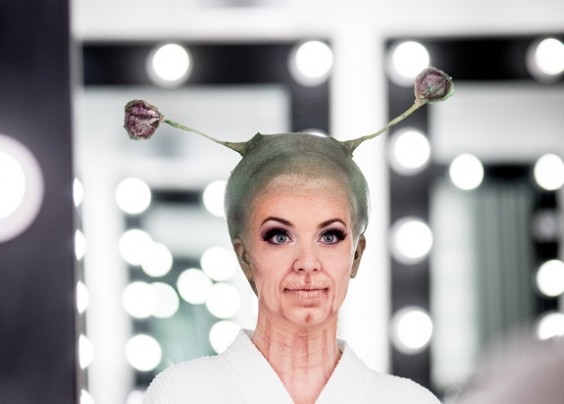 People often ask us: “How can I join Stan’s Cafe?” One way to get involved is to come and audition for our shows. We are excited to announce that we are on the hunt for two female performers to join Stan’s Cafe’s latest project: MADE UP.

MADE UP is a collaboration between Stan’s Cafe and a theatrical make-up artist. This new devised play is about friendship and the faces we show the world, and will feature live theatrical make-up transformations. MADE UP will premiere at The REP Birmingham before touring the North East of England.

Stan’s Cafe is looking for two very strong female actors, confident with text and experienced at working in an ensemble devising context to work with them on a new show, MADE UP. You will be required to work flexibly as part of a small devising team to push for something extraordinary.

Roles:
Role 1: Woman, playing age mid-50s (make up artist) – ‘real’ / worldly wise / kind / steely. For this role you will be required to learn how to apply complicated stage make up live on stage as part of the performance.

Role 2: Woman, playing age mid-25s (movie star) – strong / striking / scared. For this role you will be required to have complicated stage make up applied to you live on stage as part of the performance.

Rehearsal & performance dates:
R&D: will take place in February or March 2016, dates to be confirmed in consultation with the company.
Rehearsals: 4 April to 13 May
Performances: 14 May to 12 June

Rate of pay:
Stan’s Cafe is an ITC member and pays Equity rates.

Casting details:
Casting will take place at the company’s base in Birmingham on 11 and 12 February.

To apply:
Submit your CV and headshot to Marlien van Liempt at casting@stanscafe.co.uk by 5pm, Monday 25 January.