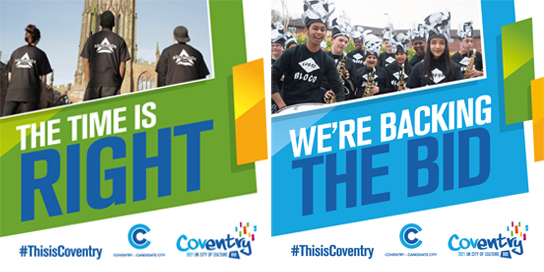 So the race is officially on for cities wishing to become UK City of Culture in 2021 succeeding Hull this year and Derry-Londonderry back in 2013.

We are familiar with this concept. The title throws spotlight on culture in a particular city for a particular year. Glasgow famously used its status as European City of Culture in 1990 as a catalyst to rebrand and regenerate itself and Liverpool repeated the trick when the title had escalated to European Capital of Culture in 2008. Winning the title UK equivalent doesn’t come with a cash prize but it is claimed Hull has raised a budget of £32m. Handled correctly the title generates a publicity bonanza for the winner, community pride, international tourism and increased chances of the city winning bids to host other cultural events across that year.

This regeneration dimension means the winner wont be the city currently richest in culture but will favour those who have the most to gain from winning. Those who have most to win will prove some coming together of current deprivation and potential for growth.

Shortlisted bids will have to demonstrate a compelling vision of how they will catalyze this growth and a convincing plan as to how this will be delivered. They will need to prove they’ll make a success of the opportunity and that it will deliver a significant legacy.

Phil Redmond is charged with chairing the judging Advisory Panel that will assess the competing claims. As the creator of Grange Hill, Brookside and Hollyoaks he clearly has a sure grasp of popular culture, a clear social conscience and presumably an intimate experience of Liverpool’s experience in 2008 all of which make him well suited to the role, what is less clear is how much sway the advice of the advisory panel will hold.

There is a Department of Culture, Media and Sport ‘Project Team’ working alongside the Advisory Panel and ultimately it the Minister of Culture who will take the decision, presumably there will be some very heavy political lobbying involved.

Do Sunderland stand no chance being so close to Hull? Northern Ireland and England have had a go will it be seen as the turn of Wales? Do the Scottish bids gain leverage from the strong position of the SNP in parliament? Do Swansea get credit for bidding twice in a row? Do Warrington’s chances suffer now George Osborn isn’t Chancellor and pushing a Northern Powerhouse agenda? Will Wells and St. Davids be deemed to be big enough urban centres?

Some candidates may be regarded rank outsiders but the bidding process itself could be seen as beneficial, as it prompts an examination of the role culture currently plays in a city and emboldens a bit of visionary thinking of what it could be, establishing new partnerships and publicly stating an ambitions vision.

At a time when central government’s squeeze on local authority spending has been translated into very substantial reductions in their support for the Arts it is gratifying to see eleven places bold enough to throw their hats into this ring. You can check the criteria by reading through the government’s guidance notes. We don’t encourage betting but at the time of writing Perth a favourites, Coventry are second with Swansea and Portsmouth equal third.

Here at Stan’s Cafe we’re are backing Coventry’s bid which has got a fantastic energy around it.