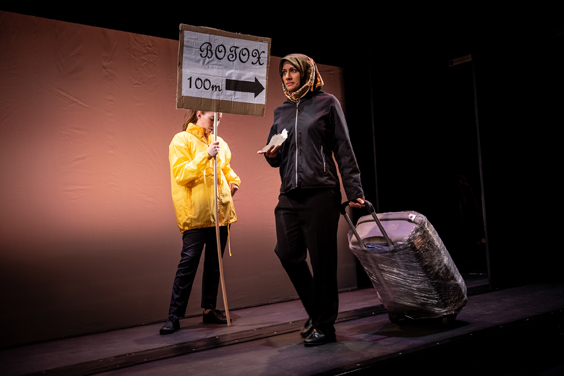 We racked up two performances of The Capital yesterday and I had two contrasting conversations stood on the same spot as audiences lingered post-show.

After the matinee I was approached someone who quizzed me on the title. I explained that it is intended to refer both to a big city and Karl Marx’s famous book. To this he protested that the show did not take on capitalism, that it merely depicted scenes from city life and could equally have been describing a communist city in the 1980s. I wasn’t at my most resilient so didn’t put up much of a defence, rather than pointing out all the ways I thought he was wrong I muttering about how we’d have chosen different scenes of city life if the show hadn’t been concentrating on financial inequalities.

After the 7.45 performance I was approached by someone who explained to me that he was an “extreme left wing socialist” and that our show was brilliant and had “absolutely skewered capitalism”.

Truly beauty and searing critiques of capitalism are in the eye of the beholder.