We had cause to go to the newly rebuilt MAC for a couple of marketing meetings last week. The place is looking quite spectacular and, for those who knew the old building, quite disorientating.

To start with you cross a footbridge that never existed before and enter behind the area that used to be the box office. Initially the building is single storey then opens out to double height. The new cafe/bar area is on a single level extended backed by a massive wall of windows. The theatre is exciting, having been gutted back to the bare walls, it now has a flat floor and retractable seating bank.

On the roof above what used to be the dance studio there’s a very attractive small performance space. 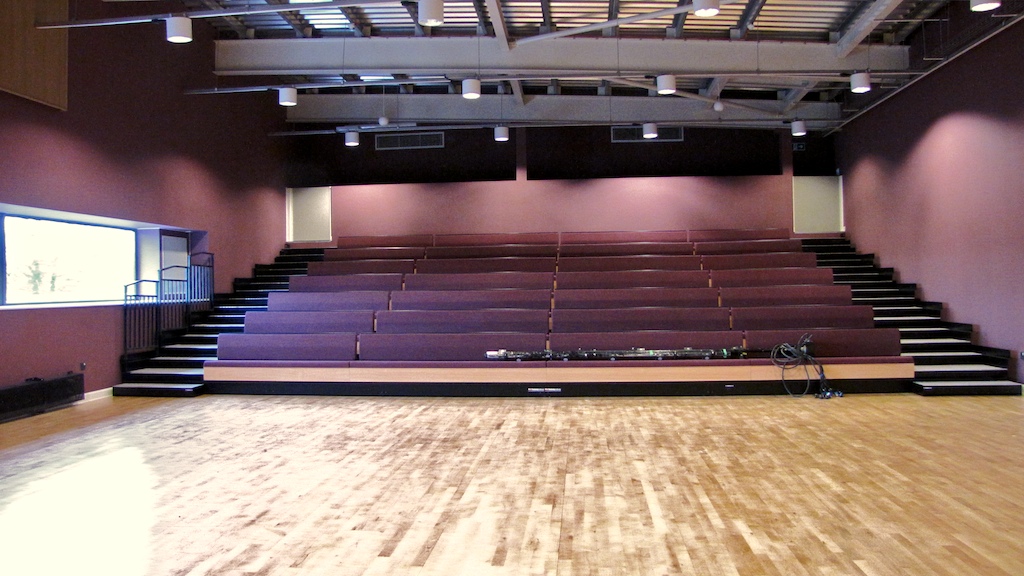 The administration, which used to be hidden throughout the building in small offices is now housed in a single open-plan room, which should lead to a more cohesive organisation (the staff also have their own mini-dining area for the first time).

What was the old out door courtyard has been landscaped, there’s a new central staircase and a lift. Most spectacular is a large double height gallery space on the first floor, which appears to have been created by the architect opening up some fourth dimension, but is actually the old marketing office plus some other bits of space with the roof raised.

If this all gets you excited, here is an opportunity to work in the new building.

mac invites applications from artists in all disciplines to apply for an intensive lab based residency at our new facilities in Birmingham. We want to hear from artists that are interested in working outside of their normal practice or ‘safe’ area. Open to any form of practice – we want applications from musicians, film-makers, visual artists, performers, live artists, photographers, digital media practitioners and anyone working across media.

There will be eight places available to artists resident or working in the West Midlands region and two places for artists located in other UK regions. Successful applicants will have a supported opportunity to make new work within mac’s new studios. They will have access to digital media equipment, space and first rate artist facilitators, providing a challenging and supportive environment.

Details of how to apply can be found here. The closing date for proposals is 5pm on Monday 15 February 2010.