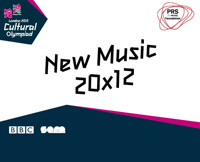 We’re delighted to announce that Stan’s Cafe will be making a new piece with Micheal Wolters, the composer with whom we made I See With My Eyes Closed back in May. The Voyage is to be a 12 minute long opera which will premiere @ A E Harris in Spring 2012. The piece was conceived rather rapidly in response to the New Music 20×12 programme. Knowing the programme would be heavily oversubscribed we held out no hope of winning through and so were shocked to learn our piece had been selected.

Working with PRS for Music Foundation on this has been quite an eye opener. The whole media communications strategy is very carefully thought through and controlled. There are lots of things we must and must not do or say. I’m setting this post to publish automatically the moment the embargo is lifted. I’ve put the appropriate logo in the post (screen logo, dark blue, non-text). The officially approved press release describing it all can be read here. This has been back and forth a few times.

I think I probably need to say this:
New Music 20×12 is an independent project initiated by Jillian Barker and David
Cohen, and is delivered by PRS for Music Foundation in partnership with the BBC,
London 2012 Organising Committee and Sound and Music.

This is the correct way to describe the program:
New Music 20×12 is a UK wide programme which consists of twenty outstanding
new works, each lasting 12 minutes, which have been commissioned to feature
centre stage of the London 2012 Cultural Olympiad. Each commission will be
broadcast on BBC Radio 3 and tour the UK, enabling as many people as possible
to enjoy excellent new music as part of our celebrations of the London 2012
Olympic and Paralympic Games.

And if we have a bit of extra space (which we do) we can say this as well:
These commissions are full of the energy, hope and excitement that will emanate
from across the Cultural Olympiad and the Games themselves. They are inspired
by the dynamism of Olympic and Paralympic sports, the passion of human
endeavour so central to the Games, and the once in a lifetime opportunity of
creating a musical work contributing to a global celebration.

And whatever we do we MUST NOT use the London 2012 Logo!