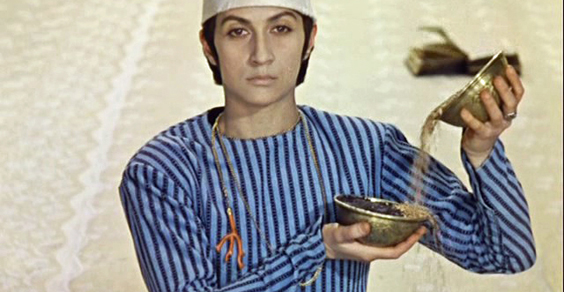 It’s shocking to hear that Channel 4 was 30 years old yesterday. Shocking because I remember it starting. Within the conservative circles I was living in it quickly became a byword for marginal arty-farty nonsense, which is a harsh way to characterize Countdown and Brookside, but I came to love it.

Channel 4 introduced me to the films of Peter Greenaway, Derek Jarman, Andre Tarkovsky, Kristov Kyslowski and Serji Parajanov. They all became significant influences in one way or another, most directly and recently Parajanov’s films were an important reference point for the visual style of The Cardinals, which returns to in January to theatres near you (if you live in London or Birmingham). Channel 4 also gave me my first sight of La Fura dels Baus, so Happy Birthday to them.