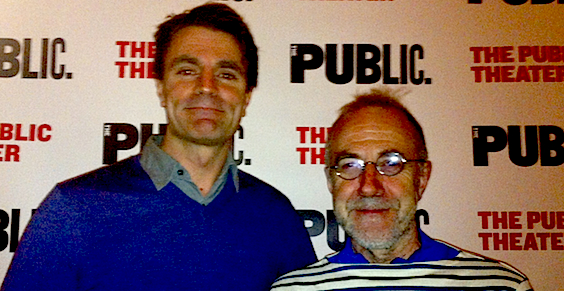 So the team is gathering in New York City. Last night was the opening of Under The Radar, a big party in the foyer of The Public Theatre. In one corner was a screen for people to be photographed in front of, a rope held back the press photographers, four of them, each stood on a sheet of A4 paper with their agency’s name on it. Weirdly Gerard and I weren’t called to pose, so to correct this error when the professionals had gone we stepped in.

Just when we were reflecting on how being abroad means you don’t really know anyone at these events we started to see people we knew, some from England and some we met in New York last time around.