Last week @ A E Harris hosted China Plate‘s Bite Size event. Depending on your perspective it was a ‘scratch night’, pitching even, talent show, Dragons Den or beauty contest. A host of companies presented ten minutes of theatre and, aided by audience responses, Neil Darleson from Warwick Arts Centre and Amanda Roberts from MAC, selected two pieces to be commissioned as full productions.

The decision was not taken on the night but we have just heard that the two ‘winners’ were: Untied Artists with Al Bowly’s Croon Manifesto, and Caroline Horton with You’re Not Like The Other Girls Chrissy.

It was a fun night. Well done to those two teams. We look forward to seeing those shows completed soon. It sounds as if there is plenty of life in the ‘losers’ too. There are rumours of good news for Jane Packman and The Other Way Works show their work in progress piece at the Camden People’s Theatre tomorrow night. So good luck to everyone. 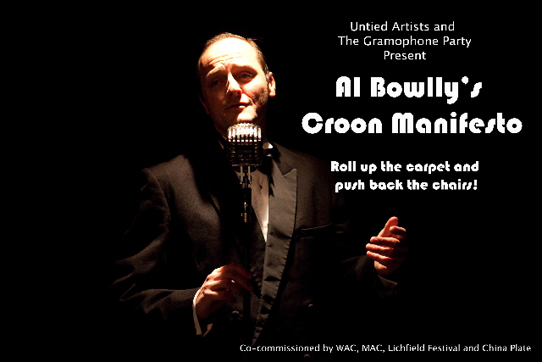 The Optimists: An Opportunity