Whitehall Primary School, in Leicester had some Year 6students who they thought were excellent, but needed stretching, theywanted these students to write sports reports. The advertisement was for an experienced Sports Journalist. We decidedthat 24 Hours commentating on a nailbiting Scalextric Race qualified us to apply, so we did. We suggested that as wellas reporting on other people’s sporting events maybe holding one of their own and reporting on that would be a good idea.

Jack Trow led the project for us. The students thought about what good journalism was, they practiced commentating. They went to Filbert Streetand reported on the home team hammering local rivals Nottingham Forest. They prepared their own scalextric race and commentated on it.

After a day of racing in school the students wrote up all their reports and published them in a slim sports newspaper.

Year five students at Robin Hood Primary Schoolwere looking for fun ways to learn more maths. They advertisedthat in order to do this they wanted to stage a Go-Kart Grand Prix. We responded saying couldn’t build Go-Kartsbut suggesting that instead they may wish to run a Scalextric Grand Prix – they decided they would and thecollaboration started.

The students were in charge of organising everything that needed to go into staging the race and at almostevery point in the organisation we found ourselves needing to use maths to solve problems. We had to work to scaleto draw a plan of the hall and the circuit. We needed to look at degrees in a circle for the circuit plan too. Weneeded to work on timings for the day (timetabling) and timings for the race – including averages. We drew a matrix to work out the fixture list and tables to create leagues. We even considered running a refreshment stall and worked out prices and profit margins.

Each class had five teams of six racers. The teams gave themselves names, produced banners, flags and painted their cars. Good work in class was rewarded with extra time on the practice circuit. Each race lasted five minutes, with every drivertaking a stint in each race, teams marshalled their own cars, teams not driving took turns acting as judges/scorers,commentators or took a rest. The winners of one league raced against the runners up in the other for a place in the grand final.Other classes came to support through the day and parents were also there for the last three races. Grand Prix Day – 6th May, 2011 -was exciting and VERY NOISY.

We took a few of our many boxes of Scalextric to work with Year 6 to help them develop their confidence in speaking and their use of creative and descriptive languageboth written and verbal. There was some mathematics thrown in too.

The first day was spent organising a spectacular Scalextric race day for later in the week. The classes organised themselves into teams and came up with suitably exciting namesand eye catching logos. We worked together to plan how the day should be organised; how long races could be, how we could ensure everyone had a go,how the winner would be decided and how points would be allocated. We then developed a timetable for the day to ensure that everythingran smoothly. The children then created leaflets and posters using persuasive language and colourful designs to advertise the event.

On the second day we listened to a range of different commentaries to think about how commentators describe events – their choice of languageand how they use their voices to convey emotion. The children practised speaking in front of others by interviewing a partner and then reporting back their findings to the class. In small groups they then had a go at commentating on footage from a Formula 1 race using some of the imaginative descriptivelanguage they had gathered earlier in the day.

The third day was practice day where teams had the chance to work out how they would organise themselves on race day. Of particularimportance was planning how to get the cars back on the track! When not practising the children built scale models of buildings to decorate the track.

We spent Wednesday evening building a huge circuit in the gym and then Thursday was race day. One class raced in the morning, the second in the afternoon and the day culminated in a thrilling raced between the winning teams from each class. During the day different pairs commentated on the races while those watching were chargedwith writing reports designed to convey the excitment of the day.

On Friday the race reports were polished and recorded ready for broadcast on Billesley Primary School Radio later in the school year. We kept race fever going by building a track for the school Christmas Fayre which raised a massive £7.00 for school funds.

What Is A School?

Of All The People In All The World: Billesley Primary School 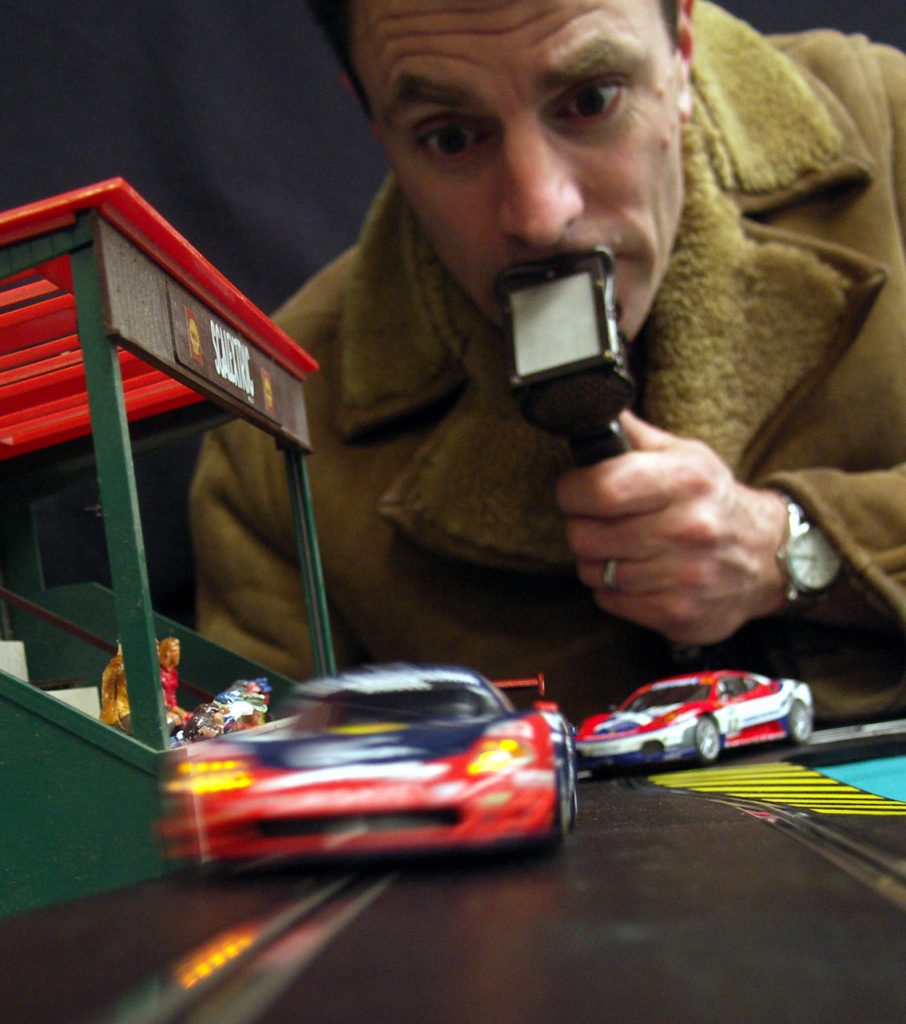