A commission from The Wellcome Trust’s Pulse Programme led to a re-titled version of Of All The People In All The World being made initially with four schools through 2004. Focused principally on epidemiology and the effects of vaccination, the show also provided a context in which a range of other curriculum subjects could be explored in physical terms.

Engagement with the schools varied from us teaching in Biology lessons in Birmingham, to engaging students who had been taken out of normal lessons in Bristol. These versions taught us the value of personal statistics being included, typed up and printed out in collaboration with the audience, they also inspired the Rice Pit which was introduced in Stuttgart. This project was supported by the PlagueNation resources website

This version of the project has been written about in a number of studies of Theatre-In-Education-Practice.

Highlight of the year was the cleaners at Speedwell looking at the pile of all the men in Bristol and teasing each other, saying there must be a good one somewhere in there for them. 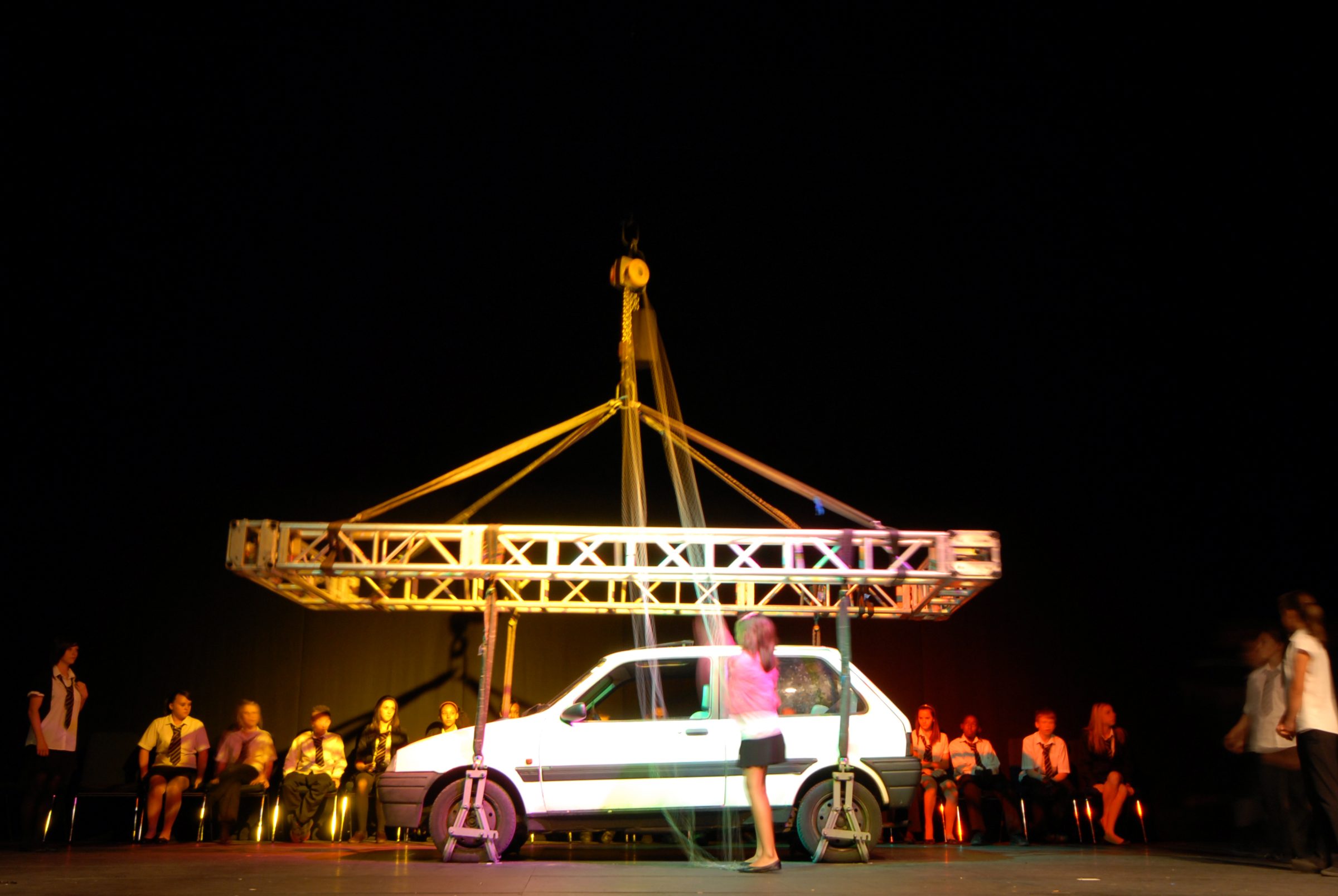